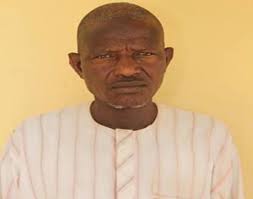 While intimating reporters, the PPRO stated, “On November 9, 2020, about 9.40 am, one Fatima Garba, 40, of Unguwan Shekal, came to the Area Command and reported one Shu’ibu Abdullahi, 55, of Anguwan Dawaki Bauchi.

“He reported that some months back, he lured her son, one Sani Umar (not real name), eight, and forcefully had unlawful sexual intercourse with him through his anus at the Multi-Purpose Indoor Sports Hall Complex located opposite Wunti market.

“After that, he gave his sperm to the victim to lick. He also said the suspect had molested the victim on several occasions.”

Wakil said that after the complaint was lodged, policemen immediately visited the scene and arrested the suspect.

He added, “During interrogation, the suspect confessed to having committed the crime. The investigation is in progress after which the suspect will be prosecuted.”

Azimio wants Chebukati, 2 other commissioners to go on terminal leave

Nobody has a manual to keep a man – Actress Nkechi...