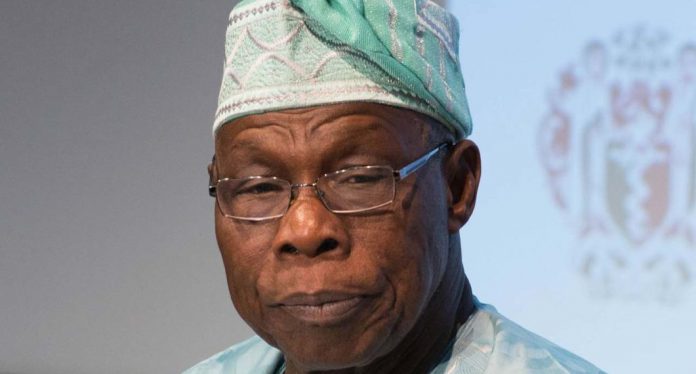 Forty-two northern groups under the platform of Northern Youth Leaders Forum (NYLF) has called on former President Olusegun Obasanjo to urgently summon a meeting of those it called “Nigeria’s Fathers” to intervene in the country’s woes and proffer solutions.

The group specifically called on Obasanjo to wade into the crisis rocking the Peoples Democratic Party (PDP), declaring the party remains the hope of Nigerians.

It described Obasanjo as an ‘advanced citizen who believes in the corporate existence of Nigeria.’

The National Chairman of NYLF, Elliot Afiyo, made the call while addressing newsmen in Abeokuta, Ogun State, on Saturday, shortly after he met with Obasanjo.

He said that it is high time these ‘patriotic Nigerians’ met and proffered solutions to the challenges before they consume the nation.

He disclosed that the NYLF was part of the groups that supported President Muhammadu Buhari in 2015 but expressed concerns that he (Buhari) has failed to meet the expectations of Nigerians.

He accused the APC of a lack of political will to solve the myriads of challenges confronting the country.

“We were part of the groups that brought Buhari in 2015, we thought the Buhari that we knew would change things, but we realised that we have made mistake and we have to correct it. That is why I came personally to see Baba and we have discussed, he has to also be involved.

“We want Obasanjo to do two things – one, to summon the elders, Nigeria’s fathers. They have to meet, discuss and intervene. We also want him to wade into the crisis of the Peoples Democratic Party (PDP) to resolve it”, the NYLF chairman stated.

According to him, only the PDP can provide an alternative and better governance Nigerians are yearning for.

He said the current crisis in the PDP is a result of power-play between some governors because of their presidential ambition in 2023, urging former Obasanjo to call on the Bauchi State Governor, Bala Muhammed, to prevail on the governors.

He noted that the courage, competence and experience of Governor Muhammed can calm the storm within the PDP.

Speaking on the agitation for power shift ahead of 2023, Afiyo said the next president could come from any part of the country, provided such a candidate has the competence and capacity to address Nigeria’s challenges.

‘As it is now, we are not concerned about power shift or power rotation, we are looking for somebody that can solve our problems. I want to beg Nigerians, the president can come from anywhere, the person that we are convinced that will solve our problems is who we need now,’ he submitted.