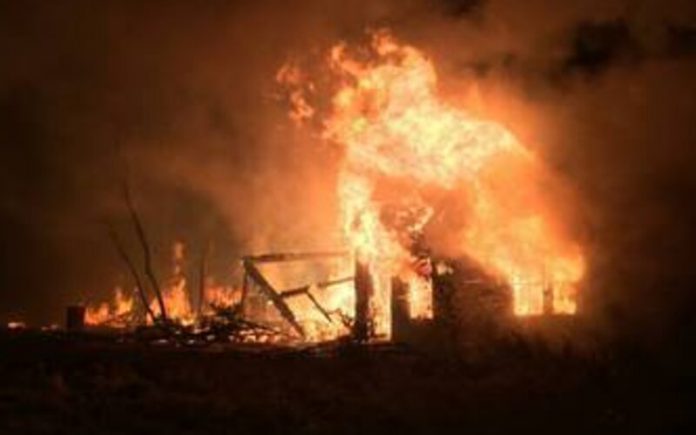 A 37-year-old man identified as Julius Muliro Otieno, a resident of Nyamira, allegedly set his house on fire on Friday, April 9.

It was gathered that Police in Borabu, Nyamira County are investigating circumstances surrounding the death of the deceased who was said to have set his house alight while locked inside.

Otieno’s neighbour, Joshua Osebe, had noticed smoke billowing from the deceased’s house, prompting him to mobilise residents, who broke down Otieno’s door, and found his burnt body on the floor.

Police suspect Otieno locked his door from the inside at 4pm before setting his cotton bedding alight. The resultant fire spread to other items in the house, in the process burning Otieno, who police believe was on a suicide mission.

Otieno lived alone in the house, his neighbor, Osebe, said.

An investigation file of the incident has been opened, said Mariba.

Neighbours described Otieno as a reserved man, who rarely interacted with them.

Evans Maranga, a neighbour, said it is “likely Otieno fatally burnt himself due to life-related frustrations”.

“Otieno often took alcohol, and it was rare for one to see him in his house during the day,” said Maranga, adding: “On most occasions, he’d leave in the morning and return in the evening.”

It is however, yet to b ascertained whether Otieno indeed died by suicide, or in a normal fire accident.