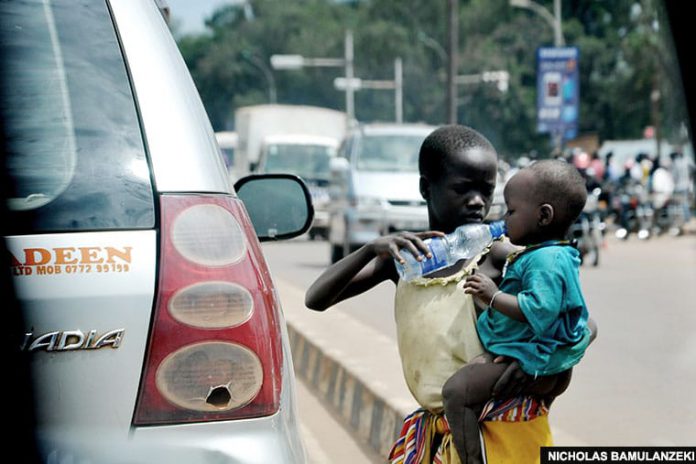 The Kampala City Hall court has sentenced 25 women to seven weeks imprisonment for sending children to different streets of Kampala to beg for money.

The women many of whom appeared before the court with their children were arrested last month from different parts of the city during an operation conducted by Kampala Capital City Authority (KCCA), police, and the ministry of Gender, Labour and Social Development.

The women had appeared earlier in court last week but couldn’t be sentenced because they needed an interpreter who spoke Ateso or Karimojong languages. The women who were from Teso and Karamoja could not speak English or Kiswahili, but the four women who understood Kiswahili pleaded guilty to the offence of bringing children to the streets to beg and were convicted and sentenced to two months imprisonment.

Later on, an interpreter was brought in to enable the court to proceed with reading charges to them and convicting them before being sentenced to seven weeks in jail. They were sentenced by grade one magistrate Jane Tibagonzeka for contravening the Child Protection Ordinance 2022.

Section 10 of the Ordinance prohibits any person from sending a child to beg or solicit for alms in a public place, street, office, or any business or commercial establishment and also to live off the proceed of a child engaged in begging or soliciting for alms.

The ordinance provides that a person who contravenes these provisions commits an offence and is liable upon conviction to a fine not exceeding Shs 40,000 or imprisonment for a period not exceeding six months or both.

According to KCCA, there are over 1,000 children on the streets of Kampala who are mostly deployed by their parents who watch from a distance as the children beg for money. More than 80 per cent of these children come from the Karamoja sub-region where cases of hunger resulting from drought, insecurity posed by cattle rustling, and child trafficking are reported.