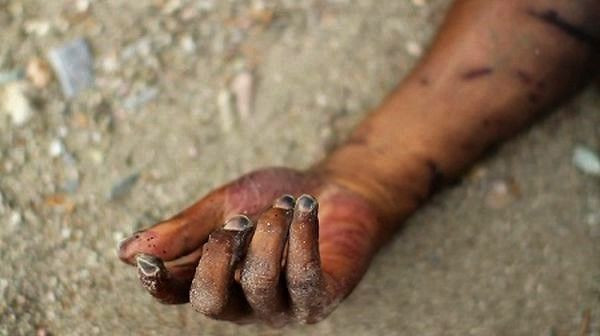 A 24-year-old student, the Federal University Dutsinma, Katsina State, Najeeb Umar Shehu, has beaten his stepmother to death, and broke his father’s leg and arm for trying to stop him.

It was gathered that he accused his stepmother of being responsible for their separation.

Najeeb is well-known for the consumption of all kinds of drugs and substances in the neighbourhood.

According to reports, the 300 level student had on several occasions, expressed his hatred for their step mother, Hajiya Hasiya Galadima, a retired civil servant with the Katsina State Government, vowing to kill her one day.

Meanwhile, Najeeb’s mother, a Fulani woman from Daura and his father, Shehu Umar Balele, a Zonal Inspector of Education with the Katsina State Ministry of Education have for long gone their separate ways.

The eldest child in the family, Mustapha Shehu Umar, who also lives in the compound recounted:

“We have been having several issues with him (Najeeb). We took him to the police several times. Whenever we wanted to take action on him, our Dad would refuse because he is the last born and he wanted him to study.

“He has told our stepmother several times that he doesn’t like her, vowing that he was going to kill her one day. We took the report to the Police but no serious action was taken against him. Unfortunately he smokes and take all kinds of drugs.

“So on Thursday, when I was not around, My sister came around from her husband’s house. She use to come every Thursday, to keep our stepmother company.

“Immediately my sister entered the house, Najeeb closed the entrance gate. Then he went to our Dad’s sitting room and tricked him to his bedroom with the intention to lock him up in the room to avoid him from obstructing his plans but that failed.

Then he said to her: ‘Remember that I promised to kill you one day.’ Without wasting time, he hit her with the pestle twice on the head and she fell to the ground and fainted.

“My sister quickly held him, and they started struggling. God so kind, she was able to push him down, unlock the sitting room. door and ran out. He got up immediately and chased her. Our Dad heard the noise, came out and saw him holding the pestle. While trying to protect his daughter, Najeeb knocked him down with the pestle and he also fainted, with his leg broken.

“God so kind, our sister was able to open the compound’s gate and ran out to one of our neighbour’s house.

“Seeing that she ran away, Najeeb went back inside the sitting room, realizing that our stepmother was still alive, he used the pestle to pound her until he was sure that she is lifeless, disfiguring her face in the process.

“As if that was not enough, he went to my apartment inside the compound. When he saw my wife, he started chasing her but God so kind she was able to escape to our neighbour’s house with some other women and they locked themselves inside one of the rooms.

“He followed them to the compound but was unable to unlock the door. Then he came to the frontage of the house, threatening that anyone that is bold enough should come out and challenge him.

“Neighbours who saw him now alerted the police and when they came, they combed the area and finally arrested him around the government house area and took him to the GRA Police Station.”