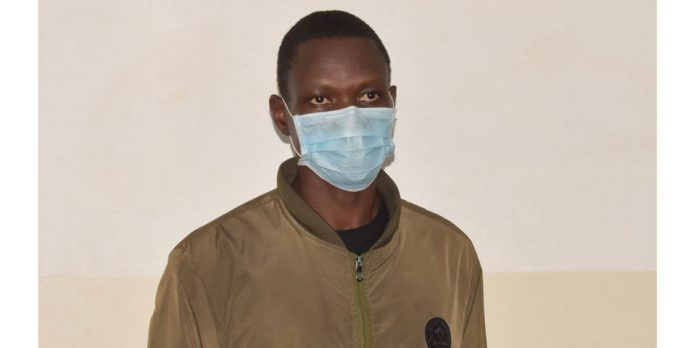 A 24-year-old man identified as Frederick Okello has been accused of torturing and inflicting injury on his six months old twins.

It was gathered that the children, a boy and a girl were tortured on July 6 in his house at Kiberia, Nairobi.

Prosecution counsel Nancy Kerubo opposed cash bail terms for the accused and informed the court, that the infants are still admitted at the Kenyatta National Hospital and one of them is in the Intensive Care Unit (ICU).

According to report, the mother of the infants had left them with their father and went to visit their neighbour. On returning, she found the baby boy writhing in pain.

She attempted to inquire what had happened, the accused allegedly assaulted her and locked the house preventing her from taking the infants to hospital.

She escaped the next day and took them to a nearby hospital where one of the children was found to have a fractured leg. Both minors were referred to KNH where they are undergoing treatment.

The accused denied the charges before Senior Principal Magistrate Esther Bhoke at the Kibera Law Courts. He was released on a surety bond of Sh500,000 without the option of a cash bail. The case has been adjourned till July 26, 2022.

Crisis erupts Labour Party as Doyin Okupe, 11 others expelled over...

Ondo State Governor, Rotimi Akeredolu gets inaugurated into Office for a...