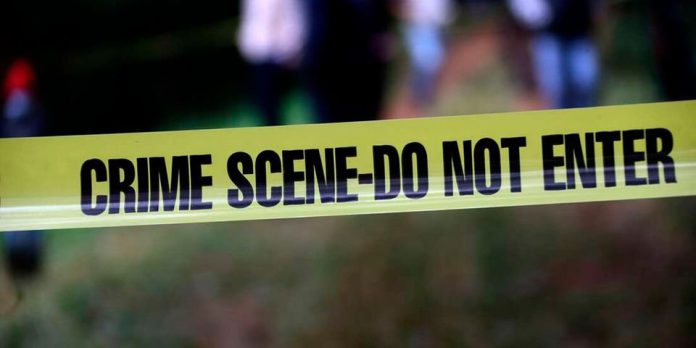 It was gathered that the six armed men who broke into their home gang-raped her in the presence of her mother.

The two women were the only people in the house at the time of the attack. The mother was injured.

Neighbours said they only learnt about the incident in the morning, after the robbers had escaped.

A next-door neighbour said she was awoken by a commotion at the homestead at around 6am.

She rushed to the home and found that others in the neighbourhood had responded to the women’s distress call.

She disclosed that the hands of the two women were still tied up with a rope and their mouths were stuffed with pieces of clothes when neighbours arrived, she said.

“The woman was still in her mother’s bedroom, where she had been locked when the robbers gang-raped her in turns on her parent’s bed. The mother had cuts on her hand that she said were inflicted by one of the robbers who hit her with a machete,” the neighbour recounted.

They made away with electronics, including a 65-inch TV set, a refrigerator, a home theatre music system, the women’s two mobile phones and Sh20,000 in cash.

The neighbour added that she and other residents untied the women and escorted them to the hospital.

The assaulted woman is recuperating at Nakuru Level Five Hospital.

The chairman of the neighbourhood, who decried the security in the area, called on authorities to act with speed on the matter.

“We want to call upon the authorities to act with speed and get to the bottom of the matter before the situation gets out of hand.”