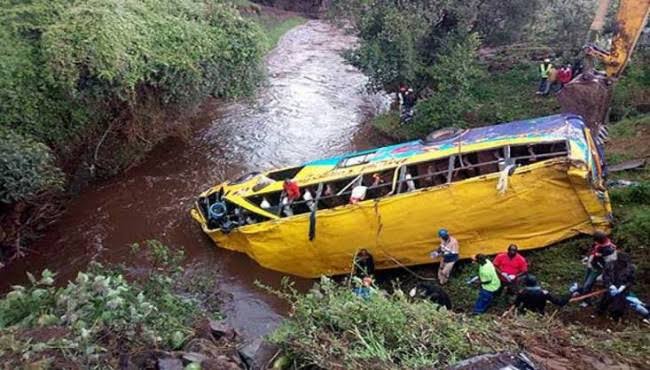 A bus, which is said to be travelling from the central town Meru along the highway to Nairobi, the capital, has reportedly fallen off the bridge into a river, killing at least 21 people.

A senior police officer, Rono Bunei said the bus must have developed brake failure, because it was at a very high speed when the accident happened.

The accident occurred about 6:30pm and Red Cross officials said the rescue operation was suspended after nightfall.

Alex Mugambi, the manager of a community rescue team, said he believes the death toll is likely to rise.

Dangote to provide 300,000 Jobs for Nigerians