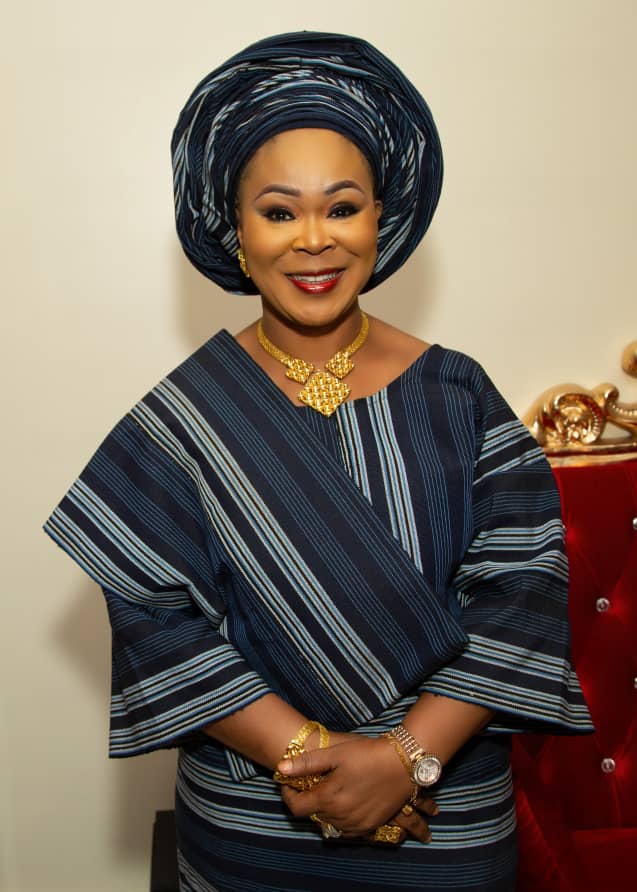 A female presidential aspirant on the platform of the All Progressives Congress (APC) Barrister Uju Kennedy Ohanenye has promised to fix Nigeria in six months if she is elected.

Speaking during her declaration, she also promised to take 75 percent of Nigerians out of poverty.

According to her, “The new Electoral Act as amended has provided a window of opportunity for women to participate.

“It has allowed me to make my intentions clear about my long term ambition”.

“We have seen flags flown at half-mast, laying of wreaths and seen widows whose dreams were shattered because the breadwinner died due to cruelty and anger of an unknown enemy”.

“What I aspire to do under the present circumstances is to apply the wisdom of motherhood and the bravery of a gallant officer in handling the crisis, to return the country to a new normal,” she said.

“Whenever women lead from the front in the corridors of power they resonate with excellence and doggedness, and it has been proven in developed countries in Europe, Asia and even here in Liberia.

“I have the burning desire to help my country achieve that because we have great potential and a huge population”.

The philanthropist said,
“I have built numerous health centres, provided capital to young people and women in local communities and provided access through direct labour under my watch.

“It might surprise you that these roads which serve as feeder roads, were done using cheap labour at the grassroots; we have them as engineers and all they need is to identify and empower them, and billions saved for other purposes”.

“We have large potentials of the youth population in remote and urban centres ready to work and be counted. Look, I have a plan to convert these young people into self-made engineers and scientists in Six (6) months if voted as your President. It is achievable if you have a clear vision of what you want to achieve”.

Barrister Uju Kennedy may have drawn the ire of members of the National Assembly when she said ” I don’t want to be stampeded into voicemail or subjective approach, I am the type that wants to get things done without prejudice. Besides, staying in that chamber limits my capacity, because I have already impacted people in almost every state of the Federation from what God has blessed me with. They are the reason why I am coming out. I have footprints almost everywhere in the six geo-political zones of the country. Go find out! “.

“I have properties in many places, and chains of business which gave me wealth. I believe with the same mindset, I can transform through innovation and technology our economy from being a dumping ground for developed economies to becoming the business capital of the world.
“It’s a matter of vision and strategy. I call on my party APC to give me the ticket and see wonders I can create”.

Our nation according to her is “going through turbulence, the healing process should begin immediately.
“We are losing men in the frontline of battle zones due to the prolonged fights against terrorists and bandits, it is affecting marriages and men are becoming very few as against our ladies staying single for a longer period in search of men.
“It is a period of emergency which requires an experienced politician to conduct a total surgery so that we can upturn these ugly scenarios”.

She cautioned politicians and decision-makers not to be “too obsessed with power, but rather focus on good governance and service delivery in order to redeem our battered image by unknown enemies”.

A good leader according to her “Gets out there and listens to people, draw out and learns from them. They never criticise openly nor lose their temper.
“You get this wisdom from women especially now that we are in an era of arrested development”.

“Mr President is doing all within his capacity to lead from the front and position the nation on the path of growth and prosperity. We have the global citizen, Amina Mohammed, there is the Amazon there, Ngozi Okonjo Iweala, we have Akinwumi Adesina performing wonders whom President Buhari gave his total support.
“It is time he considers me as a tool to complement his efforts”.

“I am not merely asking for power to bully people around, no. I want to help us get things done with speed and precision. That is my vision for my beloved country and I can see a new APC emerging with the new chairman at the helm of affairs”. She concluded.

NPA to seek Cabinet support to remove taxes on LPG