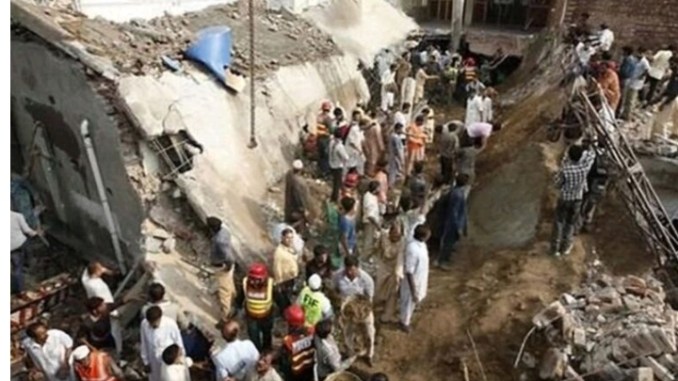 15 people have been confirmed dead as roof of mosque collapsed in Khairpur, killing 15 flood victims.

According to reports, the roof collapsed near the Ahmedpur area of Khairpur, causing 15 deaths and 70 injuries. It was gathered that the mosque provided shelter to flood victims.

Due to rains, there have also been deaths and injuries resulting from caving-in of house roofs and flooding in Taunsa Sharif and Mount Sulaiman, killing 18 people.

Man beats his 2-year-old Son to Death in Bayelsa