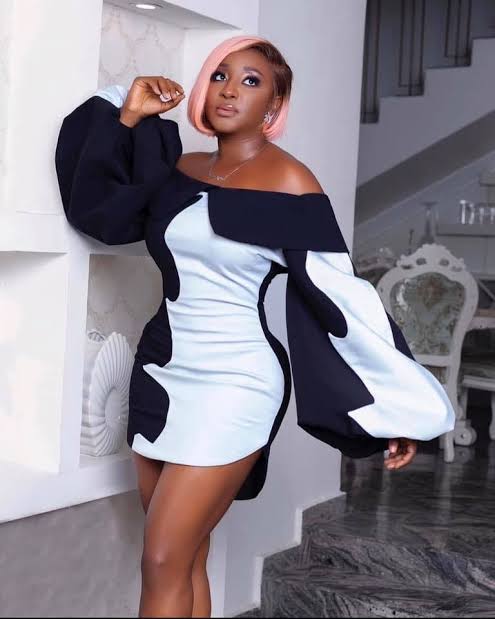 Popular actress, Ini Edo is not in a happy mood and the reason may not  be far to seek. The actress is currently fuming over certain people in the social media space who apart from trolling her are also labelling her for the wrong reasons.

The delectable actress appears to have declared war against her detractors as she warned that their mission to destroy her will  continue to fail.

Ini Edo who hails from Akwa Ibom seems bemused by people who go about accusing others without getting their facts right, describing them as narcissist and cold blooded being who derive pleasure in throwing labels at people for no just reason.

The actress who took to her Instagram page to express her dismay insisted that accusing people falsely is an attempt at destroying that person’s life, adding that “it is hard to understand or comprehend or accept that narcissists are such cold blooded beings.”

With her career spanning over a decade and decorated with awards  from within and without, Ini Edo confirmed that she has had to deal with people trying to malign her name from the moment she hit the spotlight and she has learnt to live with it.

“I have had to deal with these caliber of people from the minute I got into the limelight and I have learnt to live with it but the truth is you may be destroying the lives of other people in an attempt to destroy mine.

“You choose to ignore the hustle and focus on things only you imagine in your head and you sell it to gullible people like you to buy. This is not a war you want with me”, she warned.

Rapper, Kanye West reportedly gives Kim Kardashian his home that was purchased next door to hers, as they finally settle their divorce