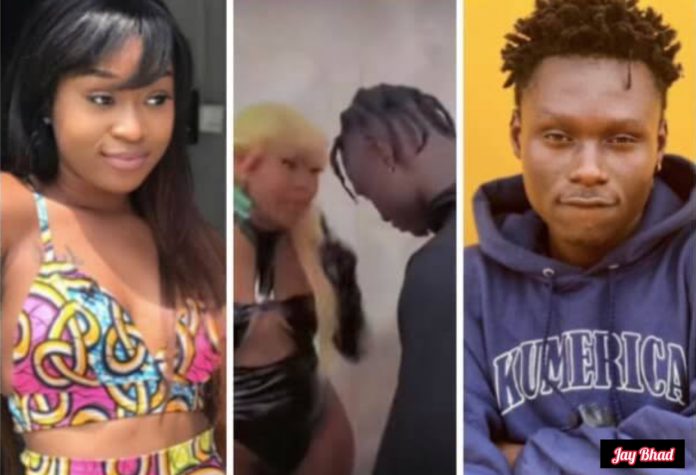 Ghanaian Artist, Jay Bhad was captured in a video offering to have a romantic encounter with Efia Odo but was disgraced by the actress.

JayBahd was impressed by Efia Odo’s sassy figure and tried to shoot his shot at her but he was rendered powerless in a video that went viral on social media.

The Asakaa member was seen inaudibly asking Efia Odo out but she rudely brushed off his proposal and walked off.

Jah Bhad couldn’t resist her but Efia Odo bluntly told him he was too broke to have a lady like her as a partner.

“You can’t afford this body,” Efia Odo said to him and walked off while Jah Bhad continued to convince her.