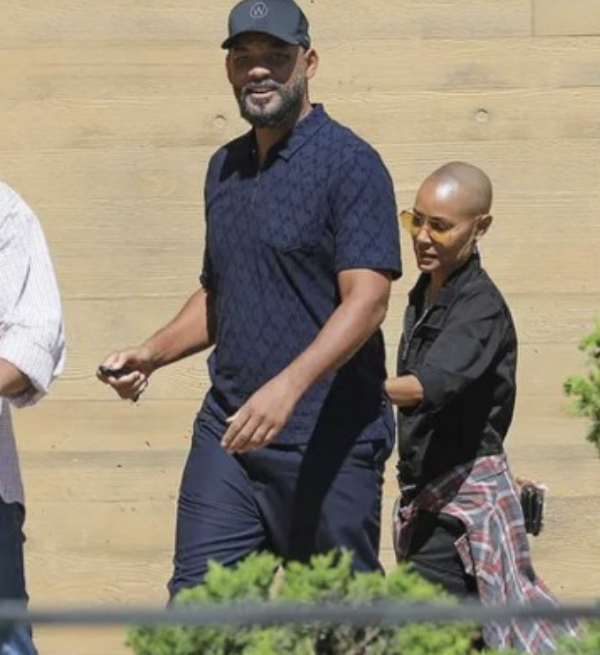 Will Smith and Jada Pinkett Smith were spotted together in public for the first time since the infamous Oscars incident.
The couple were spotted leaving Nobu Malibu after their afternoon date on Saturday, August 13 as they were photographed out together for the first time since Will, 53, smacked Chris Rock on stage in defense of Jada, 50, at the 94th Academy Awards.
Will was smiling as he led the charge, wearing casual clothing and a hat ahead of Jada, who was close behind.
They appeared to be in good spirits and a beard-sporting Will even threw the peace sign to a fan as Jada appeared to hold onto his belt loop while they walked to their car.
Eventually, they got in their vehicle and drove off together, with Will in the driver’s seat.
Meanwhile, Will explained his actions that night, saying Jada’s eye roll did not fire him up and spur him to storm the stage.
It sounds like it was built-up bad blood between the Smiths and Chris Rock that led to it.
He said he wanted to talk with Chris but noted he hasn’t taken him up on that, and may not in the long run.

Peter Okoye: No one is allowed to visit my house or...