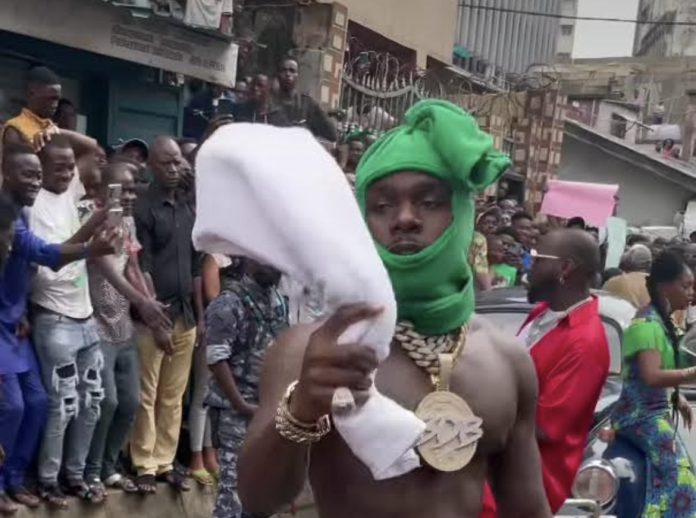 Dababy visited a Nike shoe store where he bought a few sneakers, then, he shared a video of himself among a crowd of Lagosians, before entering his vehicle.

Also, he sprayed some amount of dollars to the crowd whereafter a man from the crowd warned him to hold his phone tight.

He also shared a video of him with Davido as he asked “where are we going” and Davido replied, saying “tonight, I will show you Lagos”.

David himself also ascertained the presence of the rapper in Lagos as he posts on his social media platforms with the caption: “My boy finna touch down the Motherland.”

The famous rapper posted numerous videos on his Instagram pagewhile exploring the city of Lagos, referring to Nigeria as his home.