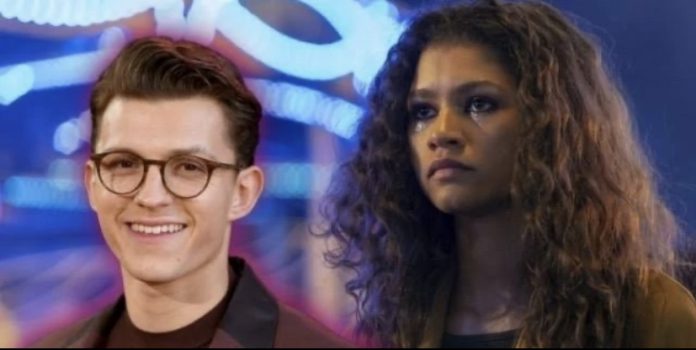 Tom Holland has out rightly expressed his desire to appear in the Emmy-Winning HBO series ‘Euphoria’. The series which had its initial debut in 2019, will arrive for a sophomore season soon, after a lengthy delay of production due to the COVID-19 pandemic.

While the cast has been teasing just how interesting the upcoming season is, according to Tom Holland who is also a fan of the show as well as the boyfriend of the lead actress, Euphoria season 2 is missing a vital inclusion, Himself.

In a recent interview, the Marvel star outrightly expressed his desire to appear in the Emmy Winning HBO series. With his arms folded in a jocular tone, he detailed; I have been petitioning for this for a long time, and it has not happened yet and I am very disappointed. I must have come to visit Euphoria at least 30 times this season. I wanna be on the Show!! And Zendaya who was also in amusement responded, “Okay, let me talk to some people, HBO! Let’s get them on the phone.

Earlier this year, Tom once again alluded he would appreciate a Euphoria guest role and would love it if his fellow Spiderman Co-star Jacob Batalon could be involved too, The 24-year actor, revealed to Collider; “I’d love for us to just be in the background of one of Zendaya’s scenes. Just because they’re two of my best friends and I would love to do anything with them, but also I love that show so it’d be nice to be a part of that.”

Considering his performances in the drama genre such as Cherry, Noise, and Antonio Campos’ adaptation ‘The Devil All The time’, it is most certain, Tom Holland has what it takes to portray one of Euphoria’s troubled teens to perfection. But will HBO sign this off, we definitely hope so.

Politics runs in my blood – Davido