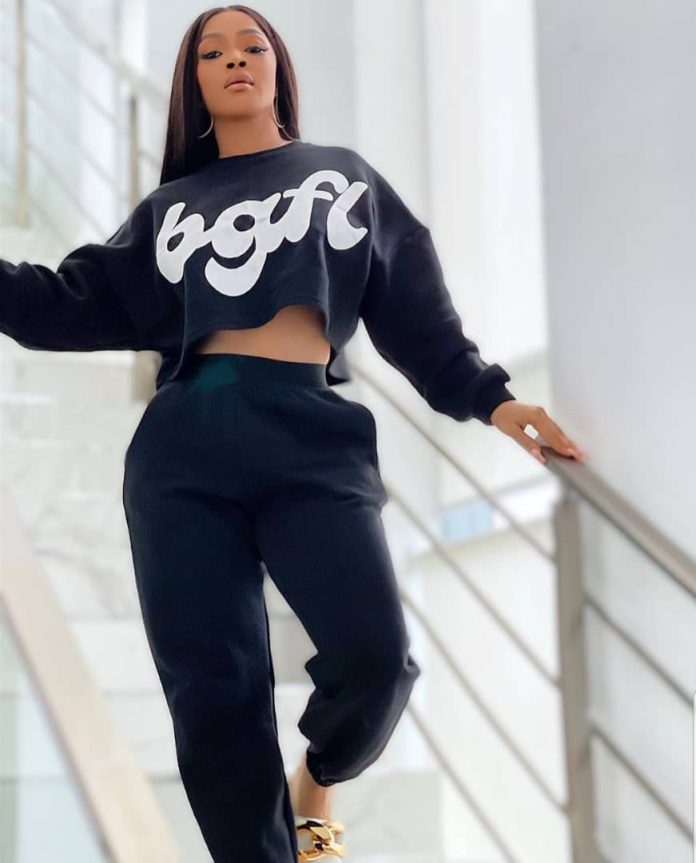 It’s official, Tokstarr is in the building! Starting August 3rd, fans can expect an exciting BBNaija scoop with Toke Makinwa as she kicks off hosting duties on the brand new Showmax exclusive, BBN S6: The Buzz.

Streaming on Showmax Tuesdays and Saturdays from 7pm, BBN S6: The Buzz will see the award-winning media personality share her no-holds-barred opinion on happenings in the BBNaija house. Fans can also expect a Secret Diary room rant session from the housemates, which is exclusive to Showmax.

Speaking on what to expect on BBN S6: The Buzz, Toke, who currently hosts The Late Morning Show on Rhythm 93.7 said: “I am unfiltered. This is almost like the unfiltered version of Big Brother where we bring you weekly highlights so I’m looking forward to them messing up, I’m looking forward to them creating more drama because that way my show gets even more interesting.”

Toke has co-hosted numerous events including the 2013 Future Awards and 2014 Headies awards. She also served as host of Trending on Hip TV, and was one of the co-hosts of Moments on EbonyLife TV. In 2012, she became one of the first Nigerian celebrities to launch a YouTube channel with her vlog, Toke Moments where she discusses relationships and lifestyle.

In 2016 she released her memoir On Becoming which took her on a book tour across Nigeria, South Africa, the UK, the US and parts of East Africa. She has also starred in several movies including the Nigerian box office hit Sugar Rush.

This year, for the first time, BBNaija fans in the United Kingdom will be streaming the reality show 24/7 on Showmax. There will also be daily and weekly highlights, as well as the Head of House challenge available on the platform.

Earlier in the year, Showmax premiered its first Nigerian Original, I Am LAYCON, a reality show based on BBNaija season 5 winner, Olamilekan “Laycon” Agbeleshe.

The streaming service also launched several other original series this year, including the Kenyan series Crime and Justice in February. Devilsdorp, the first Showmax Original true-crime docu-series, is set to launch on 29 July.