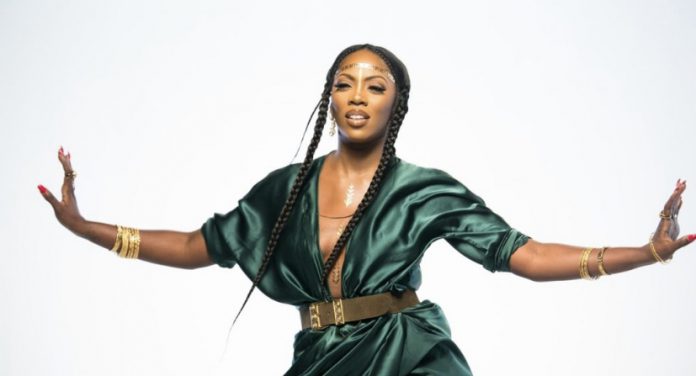 Popular Nigerian singer, Tiwa Savage has reacted to reports online insinuating that the alleged sex tape with her boyfriend was for publicity stunt.

Recall that Tiwa Savage had in an interview disclosed that someone was blackmailing her with a sex tape of her and the man she’s currently dating.

She, however, refused to be blackmailed for something she termed natural.

Tiwa Savage mentioned that the sex tape was mistakenly posted by her man but deleted minutes later.

This has led to reactions online as some fans queried her for being careless while others said that her announcement of the sex tape was for publicity stunt.

Reacting to the backlash, Tiwa Savage on her Instagram story said those making those comments are disappointed that she was able to control the narrative and not let the news of sex tape destroy her.

Landslide In Cameroon Kills At Least 11

Nigerian comedian explains how Police saved him at gunpoint