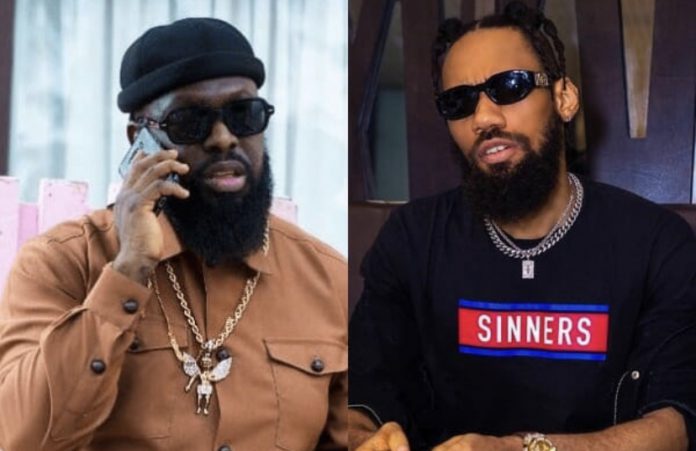 Nigerian singer and songwriter Timaya has announced that he will be dropping a new song in the next few days to come.

Timaya, in a tweet and posts made on other social media pages, said the new song is titled ‘EFF ALL DAY’ will be dropping on August 15, 2021. The record also features Penthauze boss, Phyno.

Phyno has also confirmed that he will be collaborating with Timaya in the new song.

“EFF ALL DAY!! Egberi x Ezege Out on the 15th @timayatimaya,” Phyno posted a photo of the song cover shared on his Instagram page.

‘EFF ALL DAY’ will serve as Timaya’s second single of 2021 and a follow up to his April released record, Don Dada. Fans are whispering there might be a new Timaya album this year but so far it is unlikely we’ll be getting a new Timaya project this year.

I am single and searching, says Whitemoney

Fans slam Tiwa Savage for not ‘taking care’ of her father...