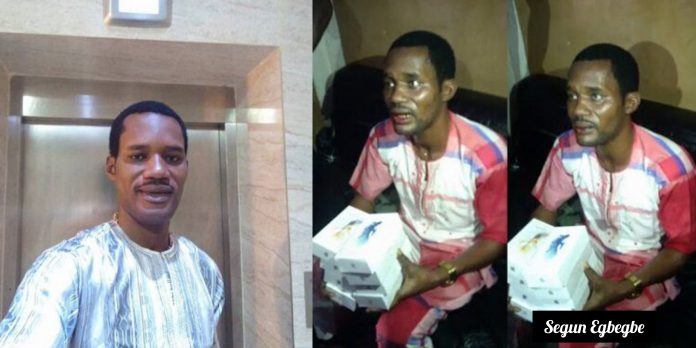 Nigerian filmmaker, Olajide Kareem, popularly known as Seun Egbegbe has lamented that he was jailed six years ago for a crime he did not commit
It would be recalled that the movie producer was jailed on February 10, 2017, after fraudulently obtaining N39 million, $90,000, and £12,550 from over forty Bureau De Change Operators in Lagos between 2015 to March 2017.
Meanwhile, Egbegbe, who was the boss of Ebony Production, swindled the BDC operators out of money by claiming that he had naira to change into foreign currencies and vice versa.
However, a Federal High Court sitting in Ikoyi, found him guilty of just one of the 44 Counts charges against him.
Egbegbe was set free on Tuesday, October 11, 2022. In a recent interview with BBC, Egbegbe described his incarceration as a blessing in disguise as being in prison helped him identify his enemies who disguised themselves as friends around him.
He said,
“Those I thought were my friends before I had that issue, I found out were my enemies after I returned from prison. None of my explanations will be acceptable to some people, and they will keep saying it’s a lie because there are too many enemies around me, but I thank God for life.
I believe God made me go to where I went for a purpose because my eyes were open to a few things while I was there. The crime I was incarcerated for six years over, I didn’t commit, but I am happy I went there to know what living on earth means. 95% of the people surrounding me were enemies, not my friends. If this had not happened, I would have lived a worthless life because I believe those around me are my friends.” he said

No place for drunkards in heaven – Eucharia Anunobi