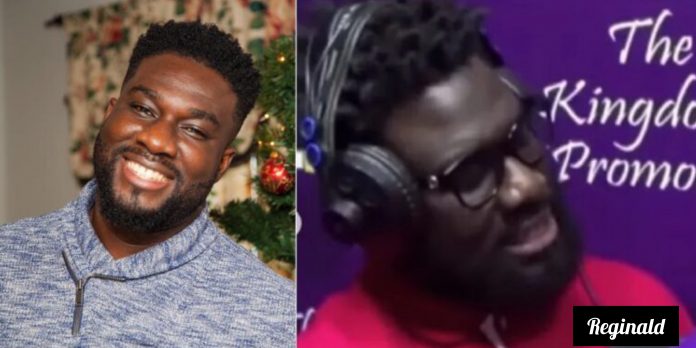 Ghanaian gospel singer, Reginald Atta has narrated a shocking incident that happened to him that seems to be a spiritual attack.
In an interview on Kristo Centric Station, Reginald shared the story stating that he was about to migrate to the United States, US, on that day but the image on his international passport had changed into a woman’s face.
Meanwhile, He claimed he was at Kotoka International airport, ready to board his plane but the face on the passport did not belong to him.
The immigration officer and two others confirmed that the picture was not his.
The artiste then used the opportunity to emphasize the need to be prayerful because spiritual forces were always at work.
However, fans have reacted to this video, see some comments here:
Captain wrote, “That’s why it’s good to just be discrete about these things till it’s done, the only one that envies you are your best friends even siblings too follow”
Eniola wrote, “Jesu!!!! May we not get to experience this, nah to piss and shiit for body”
Oma wrote, “Too many Nigerian movies. Oh sorry. Too many Asaba / Ghanaian movies 🍿”

‘Little By Little’: Ukraine Grinds Away On Northeastern Front