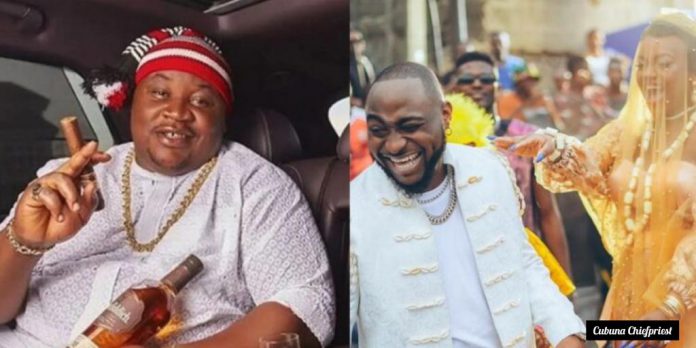 According to reports that recently made the rounds online, Singer Davido and his fiancee, Chioma Rowland, tied the knot in a private ceremony following the death of their son.

The duo, who were also present at Davido’s uncle Ademola Adeleke’s inauguration as the sixth governor of Osun over the weekend, were both spotted rocking wedding bands.

Further confirming reports that the couples are now officially husband and wife, socialite Cubana Chiefpriest, who’s a close friend of Davido, shared a photo of the couple on Instagram and captioned it “Adelekes” with a lovestruck emoji.

While reacting, an Instagram user @bella_so_rich, “This one sweet my belle wotoporiously! David is taken. Chioma is taken. Make everybody mark their boundary🤣🤣🤣I love them dearly!”

@ogesnazzy, “Forever❤️❤️❤️❤️it is sealed 💃💃💃 congratulations to my darling chi. Omalicha nwa, Anya ruru ala. Your home shall be blessed and it shall not fail in your hands ijn🙏”.

@ijeoma.nwankpa, “Big time Mr and Mrs Adeleke, were are the tribalist, they should come and see my Igbo sister in control now, they should hate transformer now.”

Tonto Dikeh buys a piece of land for son in Scotland