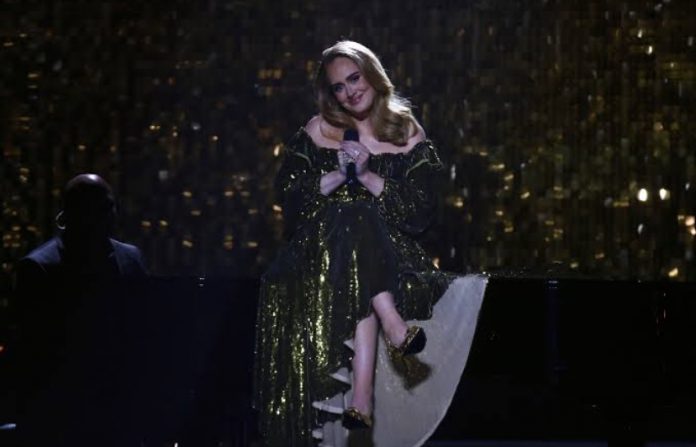 Superstar Adele has won three awards, including the coveted Album of the Year, at the just concluded Brit awards yesterday.

The singer won the best album category for her album “30”. She also won song of the year for her hit single “Easy On Me” and artist of the year.

While reacting to her win at the 02 Arena in London, the International singer said, “I understand why they changed the name of this award, but I really love being a woman, being a female artist, I do.”

She proceeded by saying, “I can’t believe a piano ballad won against so many bangers.”

Sam Smith, a non-binary, did not submit their album “Love Goes”last year because it did not fit into the male and female categories.

Last month, Adele who won song of the year against competitionfrom the likes of A1 & J1, Central Cee, Glass Animals and KSI hadapologised to her fans for suspending her Las Vegas concert, barely 24 hours before the opening night because of the Covid-19 pandemic and what she tagged as “delivery delays”.

Organisers of the award disclosed that, they did away with gendered categories to celebrate “artists solely for their music and work, rather than how they choose to identify or as others may see them.”