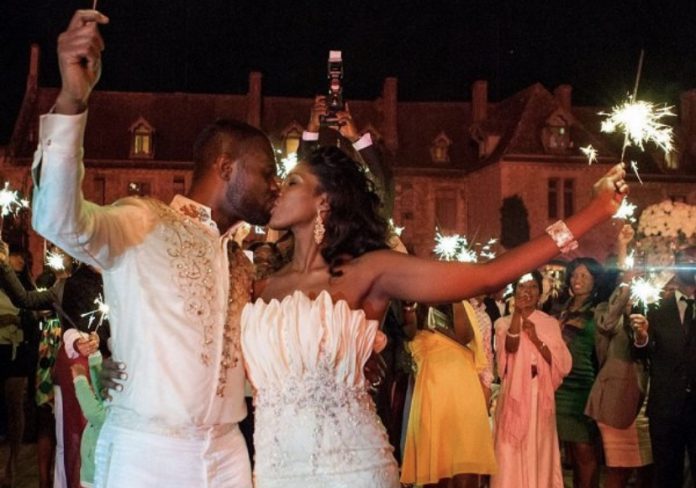 Nollywood actress, Stephanie Linus, has taken to her Instagram page to post a picture of herself and husband, Linus Idahosa together while kissing to commemorate their 10th wedding anniversary.

The actress who has featured in over 90 movies described how happy she is celebrating 10 years of her marriage with husband.

“10 years on and our fire continues to burn. Our wedding anniversary,” she wrote.

The couple who got married in 2012 presently have Maxwell Enosata, their first son, in October 2015.

In 1997, the actress appeared in two movies titled ‘Compromise 2’ and ‘Waterloo’.

In 2003, she won two categories of the Reel Awards for ‘BestActress: English’ and ‘Best Actress of the Year’.

Stephanie is as a director, scriptwriter, producer, and actress.

“I started my journey as a single mum with no direction”...