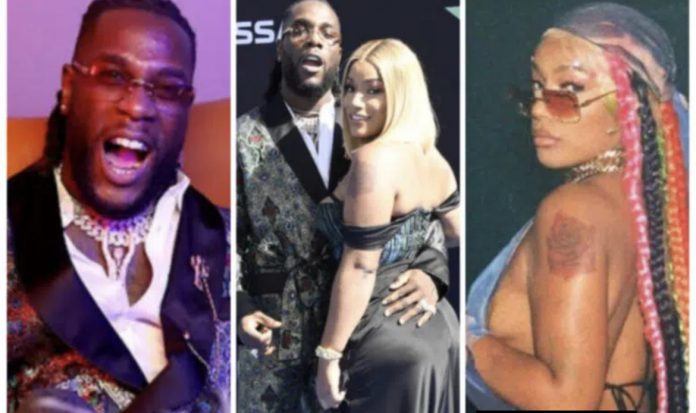 Stephanie Victoria Allen, popularly known as Stefflon Don, has again shed more lights on the major reasons she broke up with Nigerian musician, Damini Ebunoluwa Ogulu, aka Burna Boy.
The dancehall singer took to her Instagram page to publicly reveal how weak Burna Boy is in bed and how she never got satisfied while in a relationship with him. She spoke about how Burna Boy is drunk on complacency and thinks of himself as a god despite knowing his colleague Wizkid is better than him.
According to the UK rapper Burna Boy always see his colleague Wizkid as a threat and he couldn’t even satisfy her in bed.
“I broke up with Burna Boy because he has a fragile Ego. He sees his friend Wizkid as a competition, despite knowing Wizkid is bigger that he is.”
“He can’t even satisfy me in bed. SMH! He bullied me the last time I wanted to talk but not anymore,” she wrote.
The above is the major reason why Steflon Don and Burna Boy broke up despite having a beautiful relationship on social media.
After the embarrassing expose, social media users stormed the comment section to demand that Burna Boy has failed to represent the African continent and must be stripped off the title ‘African Giant’.
Others also ask what triggered Steflon Don to disgrace a man she once claimed to have loved and praise his rivals.

My boobs are my unique selling points – Actress, Eze Ruth