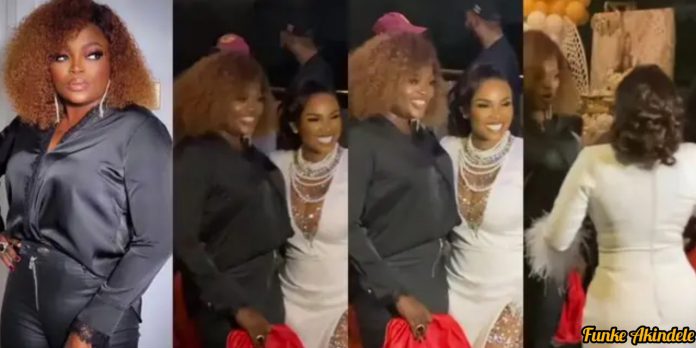 The mother of two, who is known for always isolating herself from her colleagues’ events, took many aback when she attended her once arch enemy, Iyabo Ojo’s birthday bash on Wednesday night, Dec. 21.

Photos and videos from the event which made rounds on the internet showed the two being jovial and having fun at the party, taking to the dance floor, to show off their dancing skills.

However, one of the fans opined that it’s the game of politics, another questioned if it was her estranged husband, JJC Skillz that caused her isolation.

See other reactions below;

Osmond Gbadebo to be buried June 3

Patoranking shares how he survived a ghastly motor accident