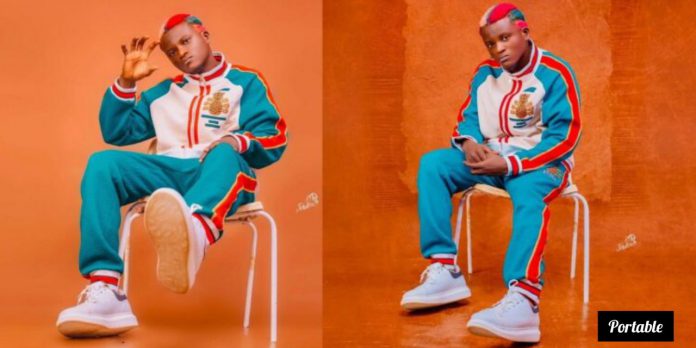 Controversial Nigerian singer, Habeeb Okikiola, popularly known as Portable, has celebrated the number of streams his debut album, ‘Ika Of Africa’ has gotten since its release.

Portable stated that the project, which he released on Thursday, November 24th, gathered 500,000 streams on Audiomack in just 3 days, thanking God Almighty for blessing his hard labor and stated that Ika of Africa is moving quickly.

Meanwhile, the artist first revealed that the album amassed 100,000 plays on the global streaming platform in the first 24 hours, before giving an update that it jumped to 250,000 in two days and now 500,000.

Stop playing fam #ikaofafrika album is now 500k on audiomack thanks to my fans, keep streaming IKA of AFRiKA”