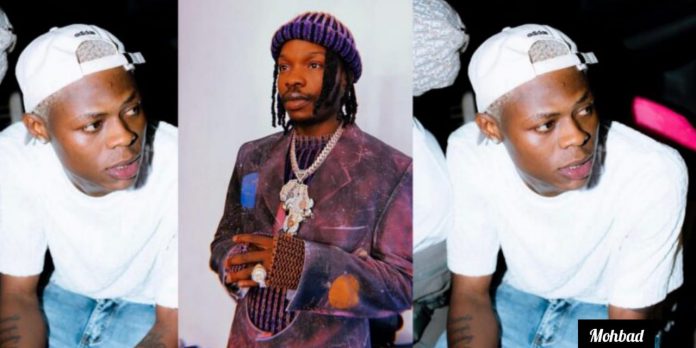 Nigerian singer, Promise Oladimeji, popularly known as Mohbad, has terminated his contract with Naira Marley, the Marlian boss, after accusing him of assault.
The talented Artiste, through his legal counsel, has served Marlian Entertainment Limited with a notice of termination citing unpaid royalties, harassment, and a number of other difficulties.
According to the formal notification, Naira Marley, has neglected to give his signee, Mohbad, royalties from his work since he joined the record label in 2019.
It would be recalled that Mohbad came out on social media last month when he described how Naira Marley assaulted him and his siblings.
However, despite Naira’s efforts to disprove the allegations and claim that Mohbad was under the influence of narcotics, Mohbad insisted that they were untrue and produce irrefutable claims of the assault.
Entertainment Journalist, Joey Akan wrote “Two big reveals in Mohbad’s termination letter to Naira Marley/Marlian Records: 1. He didn’t get an advance for signing the deal, although it was promised. 2. He has no access to his music data. Not logs, not streaming numbers, not even best performing cities. Nothing at all.”

Strategy to fast-track universal access to clean cooking energy in the...

‘Ramaphosa not infallible or beyond criticism’ – Mbalula [Video]

The idea I won’t be able to remember my wife, my...