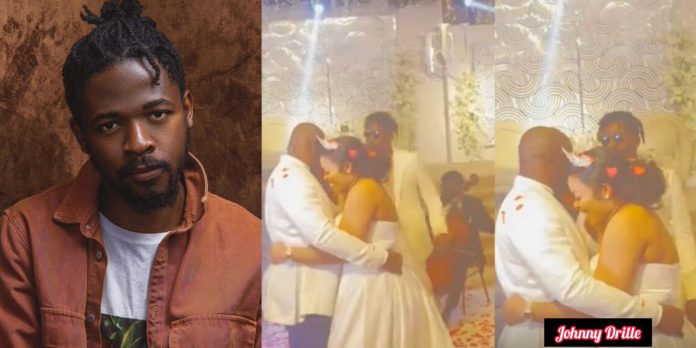 Nigerian singer, Johnny Drille, has made an interesting revelation about what typically occurs when he is contracted to perform at a wedding.

The Mavin Records signee revealed that he often signs an agreement with the client, usually the groom, promising not to act inappropriately or seduce the bride with his lyrical dexterity.

The “How Are You” crooner stated this in response to a fan who asserted that it would be risky for a groom to invite either Johnny Drille or his colleague in soulful love songs, Chike, to perform at his wedding because the bride might fall for them.

”Inviting Johnny Drille or Chike to perform at your wedding is so risky. What if the bride elopes with them?” the tweep with handle @ucheomar asked.

In response, Drille said whenever he and some of his colleagues are hired to perform at a wedding, the client, who is frequently the groom, makes them sign a contract promising to behave well.

He tweeted; ”We usually sign agreements with the client (usually the groom) to be well behaved.”

Davido cries out after a show promoter duped him