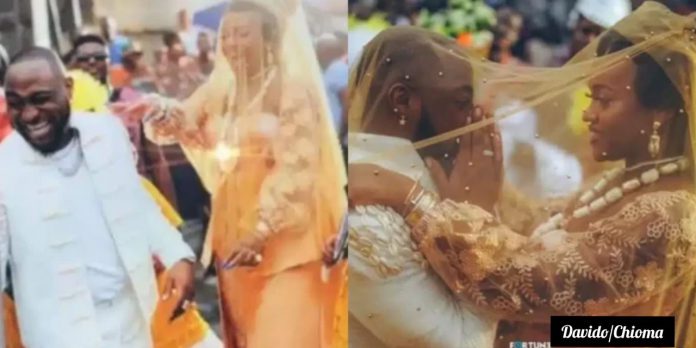 Congratulatory messages are pouring in as singer, Davido allegedly weds his girlfriend, Chioma Rowland traditionally in a private ceremony.

The couple have been going through a tough time together following the loss of their son, Ifeanyi Adeleke.

Controversial blog, Gistlover has alleged that the singer secretly got married to Chioma after their son’s death.

The traditional wedding which was done in his father’s house, had few family friends in attendance with no camera allowed.

According to report, Chioma’s bride price has been paid in full.

It would be recalled that Davido had vowed to marry Chioma next year, but after the tragic incident about their son happened, the singer speedily wedded her.

The traditional wedding was held on November 6th, to console Chioma and assure her of her place with Davido.

However, their registry is allegedly coming up sometimes next week, though, the couple are still mourning the lost of their son.

We will support any peaceful and sustained efforts to promote good...