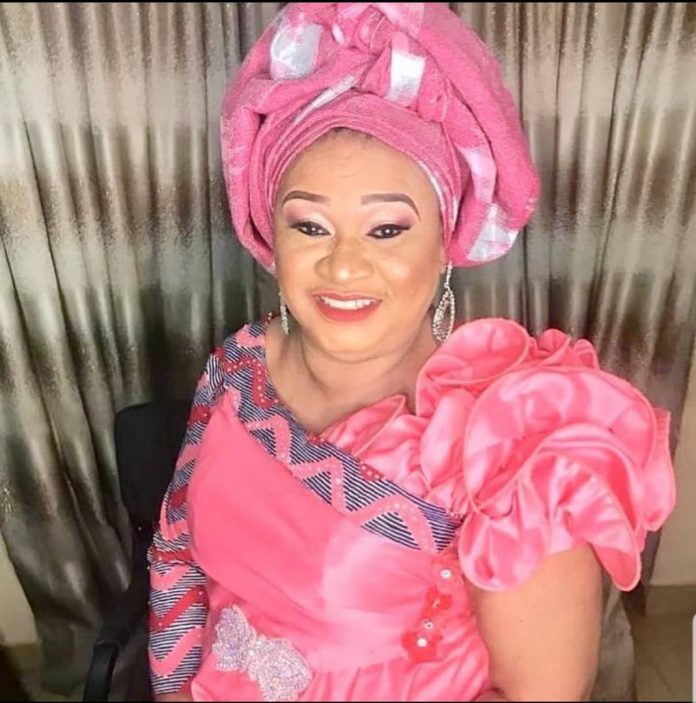 More facts have emerged on what led to the death of veteran actress, Rachel Oniga, who died at the age of 64 in a Lagos hospital on Friday evening.

The news of her death in the early hours of Saturday broke  the hearts of many entertainers including her colleagues, especially in the movie and music industry as some of them were yet to get over the sudden demise of music star, Lanre Fasasi, famous as Sound Sultan.

While some of them were left in shock over her sudden death, others were wondering what could have happened to Oniga, who was said to have appeared on a movie some days back before she passed away on Friday.

Investigation also confirmed that the actress did not disclose her ailment to many of her colleagues in the industry as only those who were close to her knew she was slightly unwell.

A sister of the deceased, Deaconess Toyin Odusote  who spoke on behalf of the family in a statement confirmed Oniga’s death and denied reports that she died of Covid-19 complications, insisting that the actress died of heart-related ailment.

It gathered that Oniga battled with the ailment for some time as she had been in and out of the hospital.

Those who saw her some days back on the set of a new movie days before she diedsaid they could not believe that she was nursing any ailment  as she was full of life and played her role well.

Social media was awash with the news of Oniga’s death in the early hours of Saturday with unconfirmed reports claiming that the veteran thespian died of Covid-19 complications.

“We accept her sudden transition as God’s design and see it as a function of a race of life well finished. Painful as it may be, we accept it in good faith and total submission to her maker as statement from her sister said.

Popular actors  and actresses on Saturday expressed shock over  the death of Veteran Nollywood actress, Rachel Oniga,who died in the late hours of Friday.

As soon as the news broke in the morning, celebrities took to social media platforms to express shock with some of them wondering what could have happened.

Popular actress, Jaiye Kuti in her reaction described Oniga’s death as shocking, lamenting that she would not be part of the premiere of the movie project they shot together recently.

“I just finished a project with her, I can’t believe she will not be alive to premiere it”, she said.

Many of the tributes described her death as a rude shock adding that she’s a legend whose contributions to the entertainment industry was second to none and her absence would be greatly felt.

Kuti’s reaction was followed by that of Joke Silva, who said the actress completely blindsided her, adding that she died a bit early.

“Rachel Oniga, Not much talk, but all work. RIP girl, 64 is a bit early. You have completely blindsided me. Rip”, she lamented.