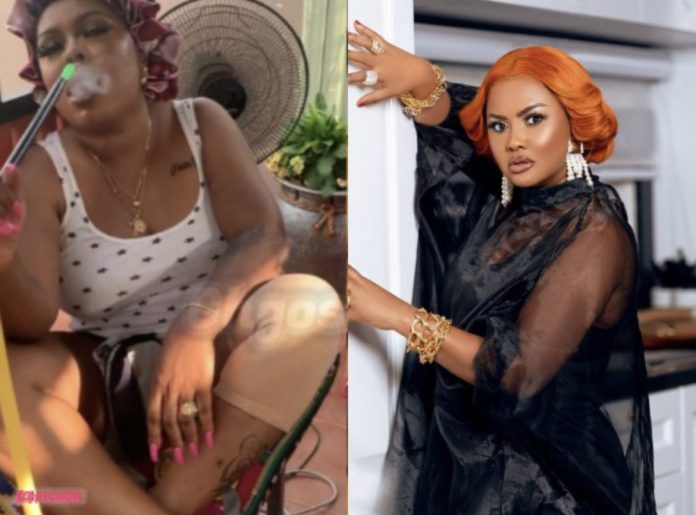 Ghanaian actress and TV presenter, Nana Ama McBrown has gotten herself in trouble after hosting controversial Afia Schwarzenegger on her show providing no pushback and watched Afia rundown other personalities.
The veteran actress has in the process annoyed a faction of Ghanaians haters who are lashing out at her.
Apparently, more dirty secrets are being said and shared about Nana Ama McBrown alleging she’s a heavy smoker and smokes more than Afia Schwarzenegger.
According to the angry social media users, the mother of one allegedly smokes weed, but comes out nice in front of the camera.
There are also rumours that the actress allegedly maltreats her stepkids and still pretends to be cool with them in front of people.
It appears Nana Ama McBrown has opened the floodgate for her haters to come at her!!