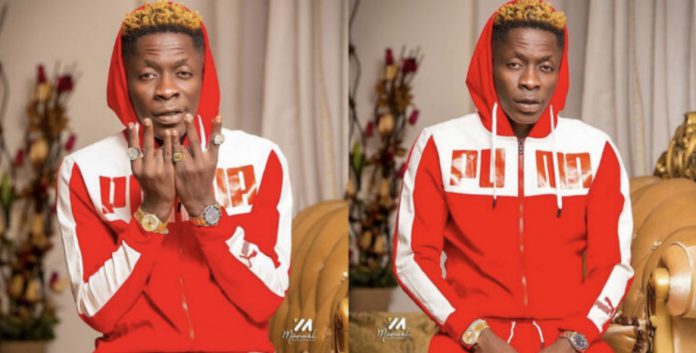 Ghanaian dancehall artiste, Shatta Wale has recorded another milestone in his music career as he becomes the first Ghanaian to top the United States of America iTunes chart for the Reggae category.

Shatta Wale’s song titled ‘Property’ won him the first slot on the chart surpassing Shaggy with his songs ‘Angel’ and ‘It wasn’t me’, Bob Marley’s Three Little Birds, Jimmy Cliff, and Wayne Wonder, among other well-known artistes around the world.

‘Property’ by the Ghanaian music star who has a song with Beyonce, earned him the enviable feature released on December 18, 2020. The tune was part of the ‘Jamaican Garrison Christmas compilation’ released in 2020 and executive produced by the Contractor Music Group, a marketing company in Jamaica.

Meanwhile, the award-winning Dancehall artiste’s song comes after Nigerian artiste, Mr Eazi, who was the first African artiste to be crowned on the non-Reggae chart of USA iTunes.

Apparently, Shatta’s ‘On God’ track has also been nominated for the ‘Anthem of the Year’ category for 2022’s edition of the BreakTudo Awards in Brazil

“I am fine and safe” — Actor, John Dumelo debunks rumors...