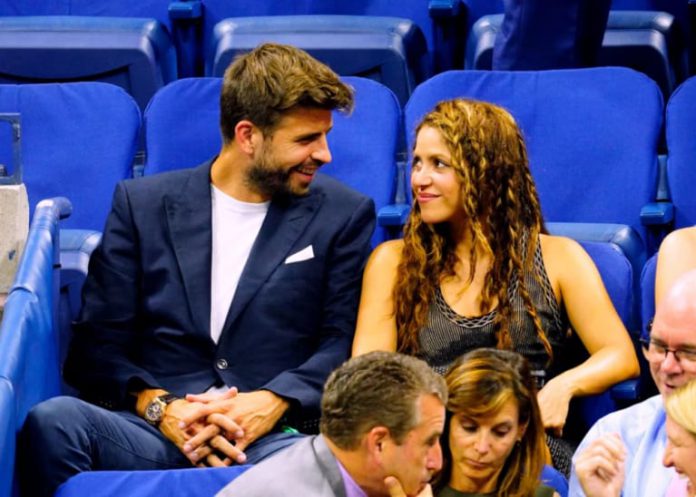 Shakira has appeared to reference her ex-husband Gerard Piqué in her newest song and music video, Monotonía, featuring Ozuna.

Shakira and Piqué announced their split in June, after 11 years together and sharing two children.

Now, the singer, 45, has released her latest single where she makes references to an acrimonious split that fans have claimed refers to Gerard.

The song, meaning Monotony in English, starts with the Columbian singing in Spanish: ‘It wasn’t your fault, nor was it mine. It was monotony’s fault. I never said anything but it hurt me. I knew this would happen.’

She then alludes to the relationship being over before it ended, singing: ‘It’s a necessary goodbye. What used to be incredible became routine.

‘Your lips don’t taste of anything to me. Now it’s the complete opposite.’

Appearing to reference the end of her marriage, she says: ‘You left me because of your narcissism. You forgot what you used to be.

‘Distant with your attitude, and that filled me with worry. You didn’t give even half. I know I gave more than you.’

In the music video, Shakira walks dejectedly through a supermarket with tears in her eyes before being shot through the chest by bazooka by a mystery man.

Fans have pointed out the similarity between the outfit that the man wears – a white hoodie and grey trousers – and one Gerard sports in the music video for Shakira’s 2017 song Me Enamoré.

Symbolising her heartbreak, she walks through the streets with a hole in her chest,  holding her bloody heart in her hand, before someone stamps down on it.

At the end of video, Shakira locks away her heart in a safety deposit box in a bank and smiles, with the lyrics: ‘Don’t repeat the movie again, I’ve already watched it.

‘I love you but I love myself more.’

It’s not the first time the singer has hit out at her ex in via her music after their split, amid rumours of cheating allegations.

She first appeared to include a jab at Gerard in her single Te Felicito (I Congratulate You).

A key line in the song is translated as: ‘To make you whole / I broke myself in pieces / I was warned, but I didn’t take heed / Don’t tell me you’re sorry / I know you well and I know you’re lying.’

In an interview with Elle Magazine, the hitmaker was asked about the line and its apparent connection to her marital issues.

‘Is that the feeling that you had that you kind of had to give a part of yourself during that relationship, which perhaps was hard to get back?’ she was asked by Lulu Garcia-Navarro.

‘I can only say that either consciously or subconsciously, everything I feel, everything I go through is reflected in the lyrics I write, in the videos I make,’ Shakira responded. ‘When the glove fits, it fits. Like I said before, my music is that channel.’

In the video, he appears to play both a romantic interest to Shakira, as well as a robotic clone of the same person, which Shakira tinkers away at until it comes to life.

It comes as Shakira and Gerard continue to try to hash out an agreement on their separation, with the pair recently being spotted outside of a law firm’s office.

“Co-parenting in peace is a lie” – Dancer Korra Obidi laments...