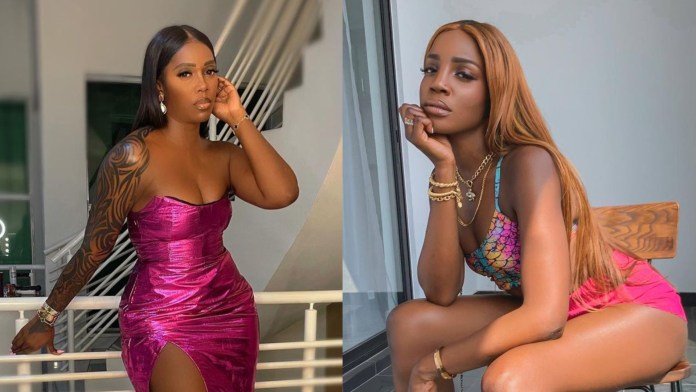 Weeks after the misunderstanding between Nigerian singers, Seyi Shay and Tiwa Savage, the former has over declared her love for Tiwa Savage.

Remember that the duo few weeks had a fight at a salon in Lagos, after Seyi tried to greet Tiwa which led to a physical confrontation from the latter.

In the video posted online, Tiwa Savage accused Seyi and Victoria Kimani of saying bad about her during their “f*ck you challenge” cover in 2017 as she unveiled she still remember everything.

However, after the video went viral, Seyi posted video of herself dancing  and enjoying to Tiwa savage’s song at the beach.

She has also posted on her Instagram page to express her love for Tiwa after the troll called her “Tiwa’s protege”.

OAP Toolz blasts men who detest the success of women