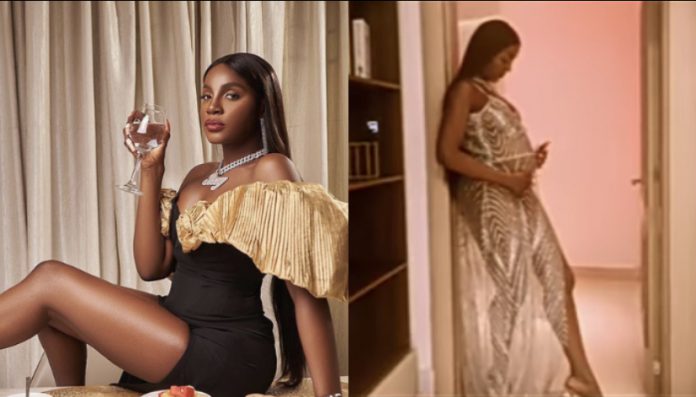 Nigerian singer and songwriter, Oluwaseyi Joshua popularly known as Seyi Shay, has confirmed pregnancy rumours as she showed her baby bump in her new video for her latest track she called ‘Big Girl’.

Confirming the pregnancy rumours that that went viral in December of 2021, Seyi was seen in a video of hers which she posted on her Youtube channel cradling the baby bump

This comes shortly after she revealed that she was engaged in an interview last month.

While showing off her diamond ring, Seyi Shay had said, “Some guy gave it to me and said, ‘hey, would you marry me?’”

The singer who released her first studio album titled Seyi or Shay in November 2015 has however, declined to talk about the pregnancy rumour at that time.

‘We strongly support our CEO amid false, faceless attacks’ – GNPC...

I am now engaged – Funnybone