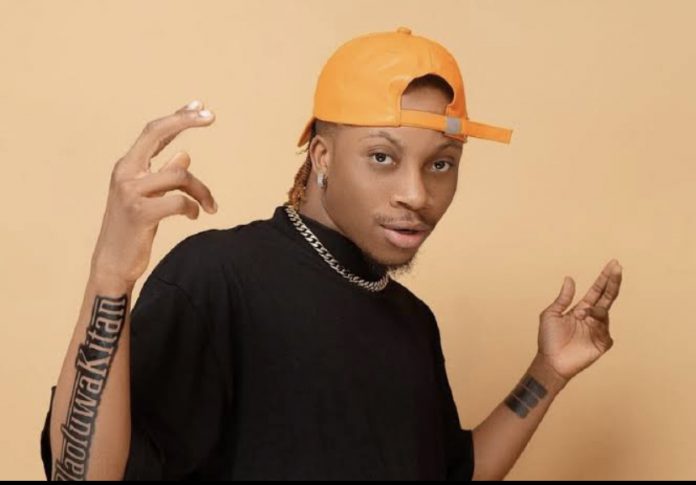 Fast rising Nigerian singer, Ikuforiji Olaitan Abdulrahman, well known as Oxlade is believed to be the newest celebrity to get entangled in a sex scandal.

A sex tape of the Epic Records signee which was recorded via Snapchat made its way to Twitter at the late hours of yesterday and that made the singer appeared on the Twitter trend with his name, Oxlade.

It will be recalled that last year, Tiwa Savage was engaged in a sex scandal which may had condemned because of her personality but reverse seems to be the case of Oxlade as many users were seen praising him for his sexual prowess

As seen in the video, the singer was recorded engaging in sexual intercourse with a yet to be identified lady.

It is said that Oxlade had allegedly created a Snapchat streak and gave it to a friend to illustrate how he had sex with the unidentified girl, and his friend proceeded to recording the streak on his phone and thereafter published it online.

Another video saw the Away crooner recording himself in his birthday suit and dangling his manhood in a provoking way.

Most ladies of today are not prayerful like our mothers –...

Crossdresser, Bobrisky tells his fellow prostitutes to up their rate due...