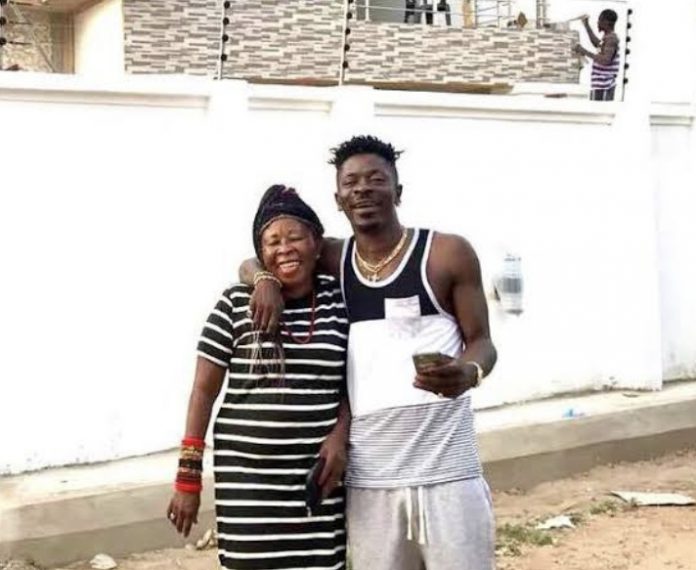 Ghanaian dancehall artiste, Shatta Wale has responded to news of his mother complaining of housing and health issues.

In a live video, the Shatta hit critics and told them to mind their own business instead of impeding in his personal life.

This comes after calls were made by the self-acclaimed Dancehall King’s mother, Elsie Avemagah via social media of being homeless after she got kicked out of her rented East Legon apartment.

However, Shatta Wale in a live video has implored critics to mind their own business.

He noted that everybody should stay away from him while he enjoys his musical excursion in the United States instead of teaching him how to deal with his mother.

Shatta in the video said, “Sometimes Ghanaians just want to tarnish your image. Ghana is a very foolish country, don’t make it any worse. If anybody fools he or she will be beaten. I have made it already, think about yourself. Some of you are telling me to go and rent for my mother, settle your family matters before you talk about mine.”