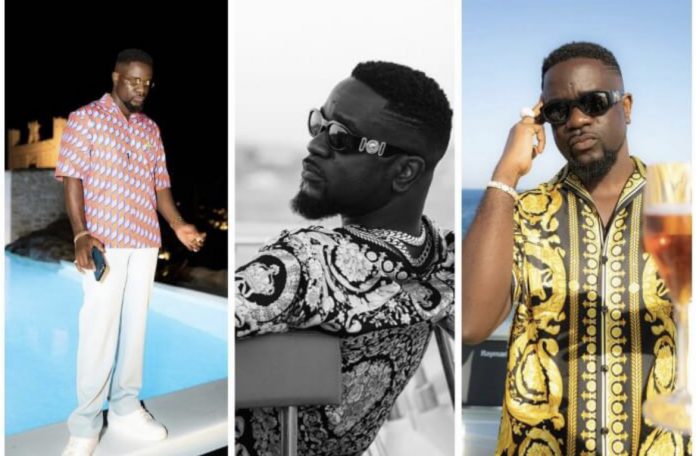 Ghanaian Rapper and Songwriter, Michael Owusu popularly known as Sarkodie has excited Ghanaians with news of his 8th studio album.
The rapper who shared the thriller for his next studio album which he calls, JAMZ, said that the masterpiece will be available for streams and downloads on all platforms on 11th November 2022.
This comes a year after he released his last album, No Pressure, which had popular songs such as Non-Living Thing, featuring Nigerian Afropop artist, Oxlade, and Coachella, featuring Tema-based rapper, Kwesi Arthur.
Meanwhile, many fans are anticipating that the BET Awards winner will feature the much-anticipated song with Kanye West as announced by music producers MOG BEATZ and PossiGee.
However, he assured fans that the collection of songs on the album is likely to make everyone’s favorite playlist.
Sarkodie narrated his music and life journey from a modest beginning in Ghana to international stardom.

Actor Alex Ekubo reconciles with his estranged fiancée, as she ‘moves’...