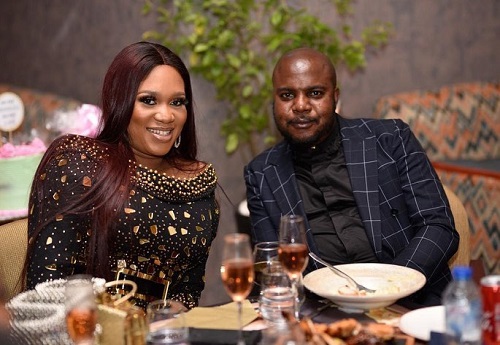 According to Thompson, he could no longer manage the marriage because of Iheuwa’s behaviour.

In a series of posts shared via his Instagram Stories on Sunday, January 9, 2022, the businessman gave several reasons why their marriage crashed.

“My marriage to Sandra can never work again because of her too much use of social media. She doesn’t care about the home. She is bragging about how she cooked three times,” he wrote.

He also disclosed how Iheuwa accused him of marrying her because she’s a Green cardholder.

Thompson said he had already thrown her stuff away from his house and warned the estate security guards not to allow her back to their home.

In another twist, there are reports that the marriage crashed over Thompson’s infidelity.

According to blogger, LIB, Thompson started cheating on Ihuewa upon their arrival from their honeymoon.

Thompson and Iheuwa tied the knot in a flamboyant wedding ceremony in 2021.

They are expecting a baby together

If your husbands cheat, you cheat back, Princess Shyngle tells married...