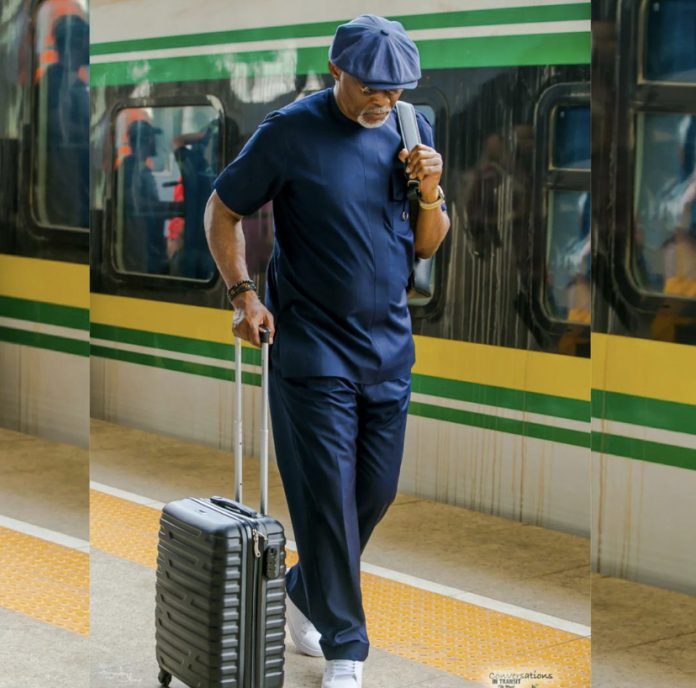 It is recalled that supporters of Super Eagles stormed the football pitch and destroyed some properties after the match between the Super Eagles and the Black Stars of Ghana which ended in a one-all draw.

The outcome saw the Nigerian national missing the chance to play in the upcoming FIFA World Cup in Qatar in 2022.

RMD revealed that Nigerians are already facing a lot of problems at the moment.

In a post on Instagram, the actor summarized several hardships in the country which he believes have pilled up in the hearts of the angry citizens.

My heart goes out to the families of those who lost their lives, the wounded, and those who will be traumatized by this incident for a long time.

At this time last year, I was on this same train to Kaduna and we talked about how unsafe life is and the risks we were taking.

We are the lucky ones.

Again a month ago I was on the Lagos /Ibadan train and it was the same spectre of death and attacks that plagued our minds.

This is not to disregard the comfort and timeliness of the train ride and how desirable it is.

A few weeks later we heard reports of the same train breaking down on the tracks due to lack of diesel.

Again I was lucky that this didn’t happen to me.

Point is, it could be anyone any day. On the road, at the airport, train station nowhere is safe anymore. This is the extent of our brokenness.

If anything is an indication of how broken we are today, then the shameful storming of the pitch and destruction of the MKO national stadium Abuja, is a clear indication.

People are angry and bitter and are just looking for triggers. And boy! they are plenty.

See the initial reactions to the quite clear tweet of the young doctor who died from gunshot wounds from the train and you will see that we’ve also lost our humanity.

Nothing surprises and shocks us anymore. We’ve seen and heard it all. Ridiculousness has been enthroned by our leaders at every level.

There is an urgent need to declare a state of emergency in this country. We are heading for the precipice and it doesn’t seem like we are interested in pulling the breaks. After now it’s a free fall.

The government needs to do more than just promise to apprehend the perpetrators and truly save the lives of WE THE PEOPLE.

Nancy Isime: “I’m tough because I’ve been through so much, from...