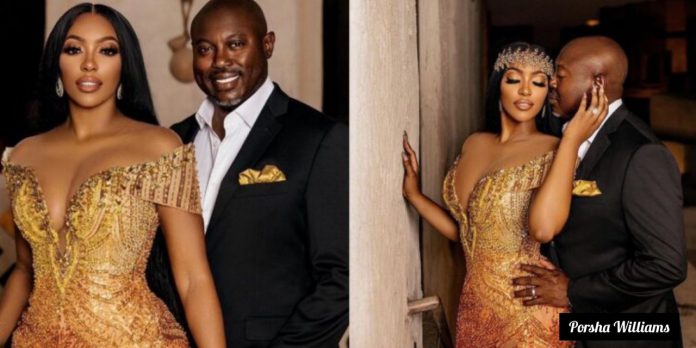 The Real Housewives of Atlanta star took to her social media page to share these pictures with the caption;

Meanwhile, this news came amid rumors that the 58-year-old billionaire and the reality actress, 41, secretly got married last summer.

According to public records, The duo obtained the document on August 19 in Georgia’s Fulton County.

The documentation did not include an expiration date, according to the court clerk where the couple obtained their license, and it has not yet been signed and returned.

Fans were astonished when Porsha revealed her engagement to Simon in May 2021 after only one month of dating.

However, she uploaded a picture of herself and her partner and wrote a long statement denying any involvement in his divorce from Falynn Guobadia, his co-star.