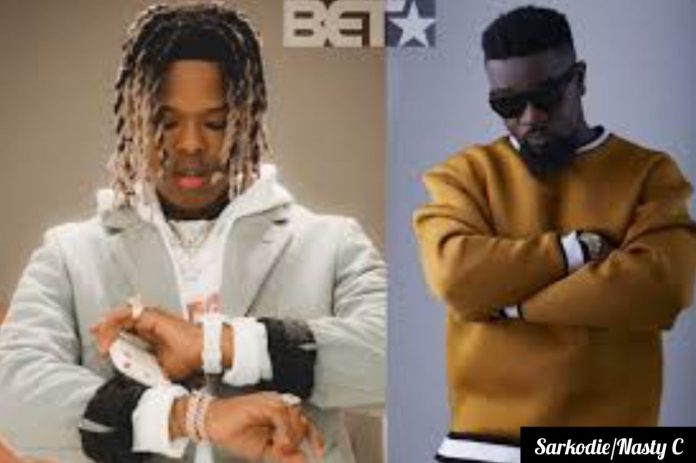 South African rapper, Nasty C has caused a massive stir online over a new video revealing why he has not worked with Sarkodie.

The rapper, who was interviewed on Metro FM on the #TheTouchDown show addressed his issues with Sarkodie, while revealing that when he first met the Ghanaian rapper, he wouldn’t shake his hands.

However, despite all that, he confessed that he is not too proud to admit he is still a fan of the talented Ghanaian act.

Nevertheless, he vowed never to work with Sarkodie when he had his big break, which he had successfully achieved.

According to Nasty C, Sarkodie has approached him twice in the past for a feature and has turned them down.

He also revealed that he pretended to be recording his album to avoid working with Sarkodie.

Furthermore, the South African rapper said that looking back, he realizes he was a coward for treating Sarkodie like that.

Fortunately, Nasty revealed that Sarkodie still has his respect, and if he ever asks to work with him, it’ll be a good thing for him.

Azpilicueta back in training, meaning Enrique has a full squad for...