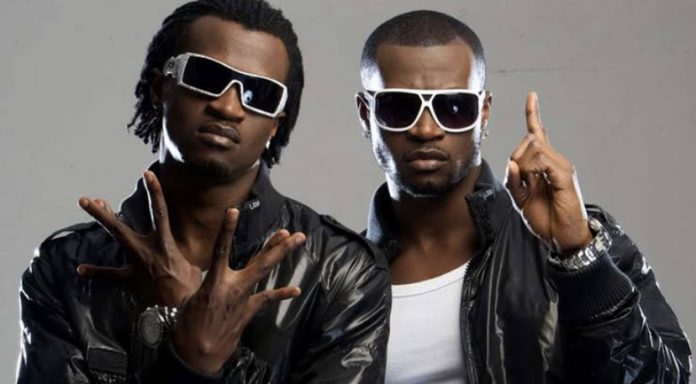 The Okoye brothers who have been at loggerheads were spotted together on Wednesday, November 17 with friends and family members in Mr P’s Lagos residence for the first time after five years.

They settled their long standing rift as they hugged each and shook hands before settling down to catch up on the lost years over a couple of drinks and many laughter.

Rude Boy, via his Instagram page had earlier shared a photo with his twin brother that had account details imprinted on it.

The caption of the post reads: “Starting from @obi_cubana and @judeengees even @davido let’s show @davido that 2 heads are better than 1….. everything na double double.”

Nollywood actress, Destiny Etiko has however expressed profound joy about the reunion of the Psquare brothers of Nigeria namely Peter and Paul Okoye, celebrating with them on their birthday.

Davido buys drinks for Chioma to celebrate her 27th birthday