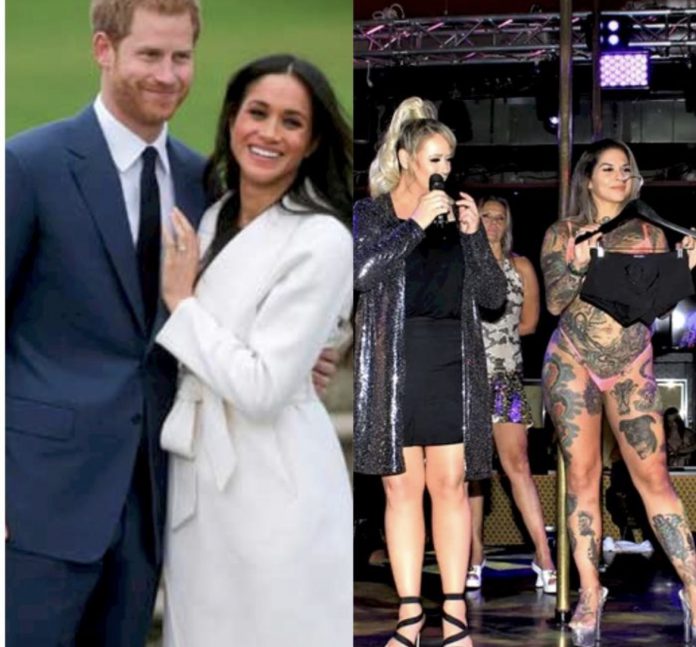 A piece of underwear belonging to the British Royal, Prince Harry is currently on auction for a whooping sum of $1m.

The underwear is reportedly from a night of wild fun he had playing strip billiards in Las Vegas in August 2012.

A stripper from the night, Carrie Royale, swiped the underwear after the royal dressed down during the game and is now auctioning it.

That’s currently the highest bid, but bidding runs through September 30th – or until someone matches the $1m asking price.

The auction is taking place virtually with a live portion held at Larry Flynt’s Hustlers Club, the venue of Harry’s infamous strip tease.

Ex-stripper Carrie Royale has the underwear in her possession and displays it flanked by some exotic dancers.

According to legend, Prince Harry stripped down to his birthday suit playing billiards at the club back in 2012 and that’s where the mystery underwear was snatched by Carrie

Part proceeds from the auction are set to be donated to Harry and Meghan Markle‘s charity, Archewell.

“My mum was sacrificed” – Kanye West makes allegations against Hollywood