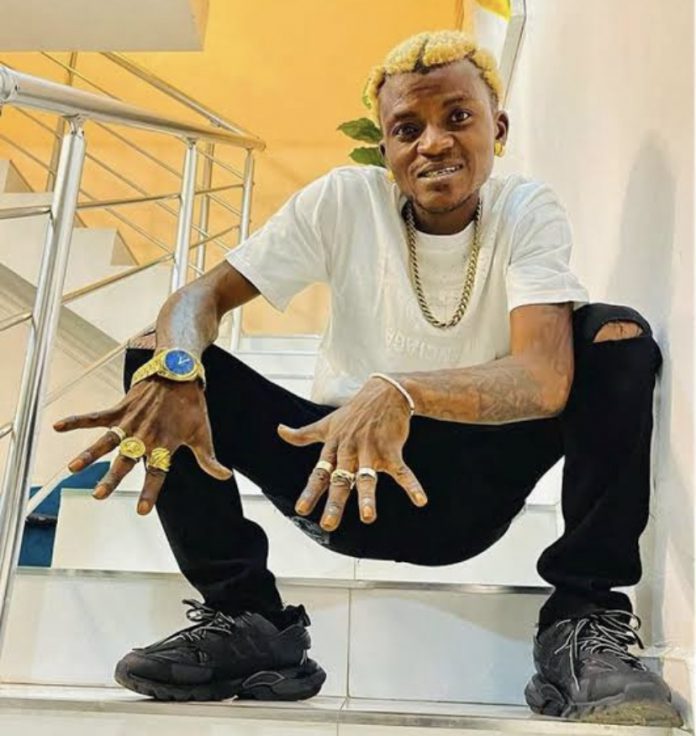 Nigerian singer, Portable has confronted the National Drug Law Enforcement Agency, NDLEA, over the recent arrests of some of his colleagues.

NDLEA has in recent times invaded the homes of Nigerian celebrities and arrested them over drug-related issues.

Recently, De General, was arrested and convicted of drug trafficking by a Federal High Court in Lagos alongside Caleb William, for unlawfully possessing 15g of cannabis and 14g of tramadol in Lagos State.

Yesterday morning, NDLEA operatives in Lagos invaded singers Zinoleesky and Mohbad’s residence and arrested them for being in possession of cannabis and Molly.

Reacting, Portable in a video he posted on his Instagram account, questioned the NDLEA investigators for invading private residences in search of drugs.

He rants: ”Should we not smoke weed in our house again? Are you the ones that built our house or bought land for us? What is it?

“Everybody should mind their business oh! If you near my side, you go collect!

“I should not smoke weed in my father’s house? We would beat ourselves to death,” he said.