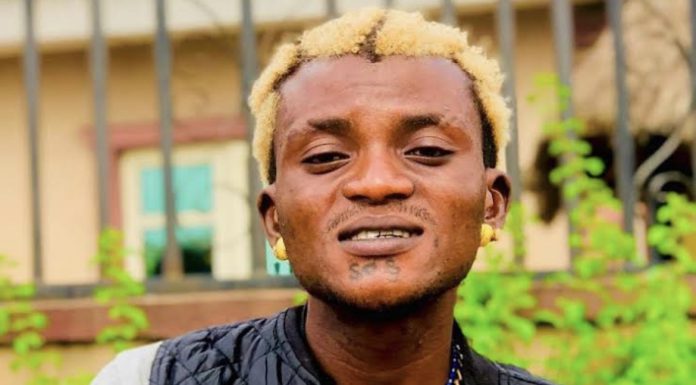 Popular Nigerian singer, Portable, has reacted to the news of his driver allegedly killing a commercial motorcyclist in an accident that happened in Ogun state on Tuesday.

It will be recalled that Portable who has been in the news recently for bad reasons with Police inviting him to show himself for beating up a man.

Again, his name was everywhere as usual, when his driver broke down a motorcyclist to death in Iyana Ilogbo, Ogun state.

The driver was said to have been sent an errand with Portable’s car before the fatal incident occurred.

The Ogun State Police Command Public Relations Officer, DSP Abimbola Oyeyemi, who confirmed the incident in a chat with newsmen, said the driver was with the singer’s Range Rover Jeep.

Portable has, however, declared he was not the driver of the car when the accident happened.

He noted that he was at his son’s home when the accident happened.

He said he had paid a visit to the hospital to foot the bills before the victim died and also promised to bless the family of the deceased.

He said, “No be me use my motor kill person oh, I dey naming ooo, no be me carry motor jam person ooo, but I still go hospital, I still I bo card before the person pass out. He pain me sha person wey die, but we go bless the family, thank God o, every disappointment is a blessing.”

MJ the Comedian pulls over 10 thousand people to his Dashiki...