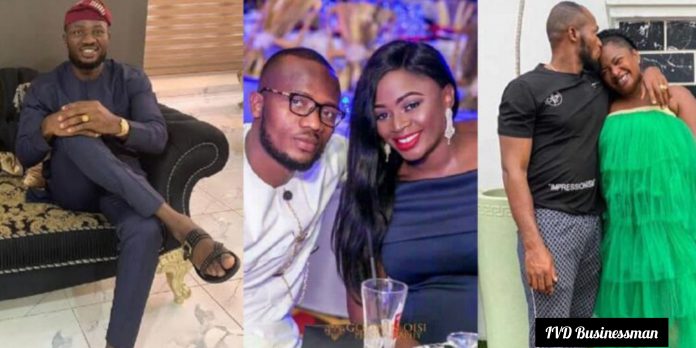 The Lagos State Police Command has confirmed the Arrest of Nigerian businessman, Ikechuckwu Ogbonna, popularly known as IVD following the death of his wife, Bimbo.
Earlier, family relatives of the deceased wife have made several claims and accusations that IVD was the one who pushed her into the flames and was directly responsible for her death.
Meanwhile, IVD who was accused of physically abusing her throughout the duration of their marriage and allegedly shot her sometime last month has been taken in by the police.
The Lagos State Public relations officer, SP Benjamin Hundeyin, took to his Twitter account to disclose that IVD, whom his family claimed to be on the run, was already in custody of the law.
“Contrary to claims by family and friends that 37-year-old Ikechukwu Ogbonna aka IVD is on the run, he has been arrested and transferred to the State Criminal Investigation Department (SCID), Yaba.” he tweeted.