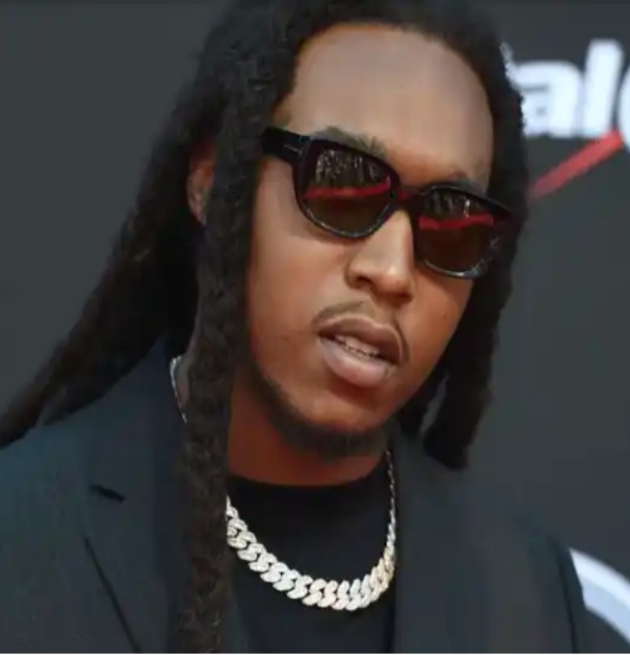 A 33-year-old man was arrested on a murder charge in the shooting of rapper Takeoff.

Clark’s arrest came one day after another man was charged in connection with the Nov. 1 shooting, which authorities said followed a dispute over a dice game and wounded two other people.

Takeoff was an “innocent bystander” when he was struck by gunfire outside a Houston bowling alley on Nov. 1.

Clark is being held in jail Friday, Dec. 2, awaiting a bond hearing.

Police Sgt. Michael Burrow said during a Friday news conference that the gunfire followed a disagreement over a “lucrative” game of dice, but that Takeoff was not involved and was “an innocent bystander.”

Every person on the scene left without talking to police, Burrow said.

Some of those people have since been located by the authorities, who have also worked to piece together events with ballistics, video and audio recordings, according to Burrow.

“We will be looking to find you,” he said. “It will be easier if you come find us.”

On Wednesday, Nov. 30, authorities announced the arrest of Cameron Joshua in connection to the shooting. Joshua was charged with illegally having a gun at the time Takeoff was shot, but prosecutors said the 22-year-old is not believed to have fired the weapon.

Christopher Downey, Joshua’s attorney, told reporters that he has not seen anything to suggest that his client was involved in Takeoff’s killing.

“I was engaged for 2 weeks before the world knew I...