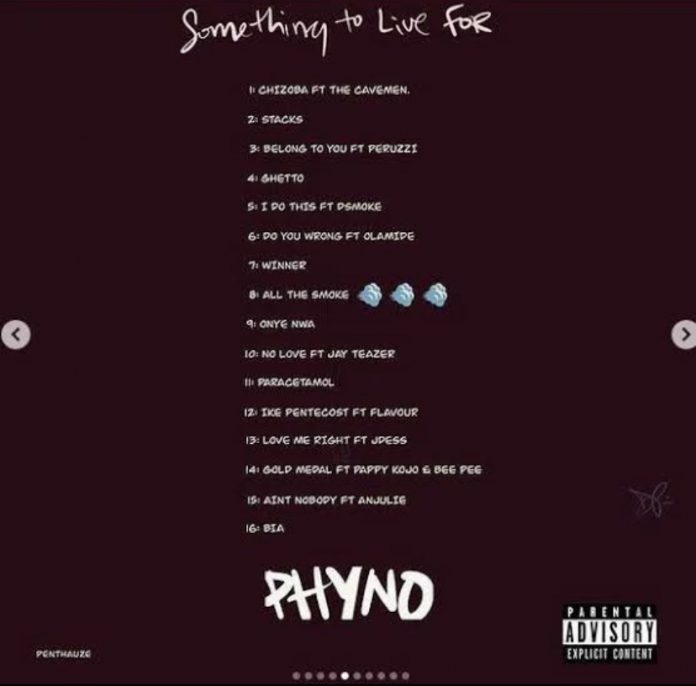 Award-winning rapper Phyno has released the track list for his fourth studio album; “Something to live for.”

According to the rapper, the album is scheduled for release on Friday.

Phyno took to his Instagram to make the announcement.

He wrote: “Official Tracklist for my fourth studio album!! ‘Something to love for’ this Friday we chop.”

Phyno, who began his career as a producer in 2003, primarily raps in Igbo, incorporating Pidgin and English into his music is from a personal belief that those elements of music make it borderless.

Phyno is the founder and CEO of Penthauze Music, a Nigerian-based record label after leaving Sputnet Records, the record label where he started his career.

The label became active in 2008 and has gone on to sign several artists including the brilliant youngster, Superboy Cheque