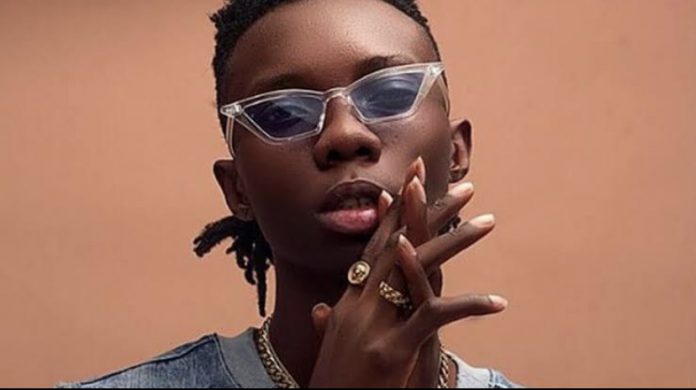 Nigerian music singer, Emeka Akumefule, known as Blaqbonez, has said that everyone thought he would end up in a rehabilitation centre over drugs, after he commenced rapping.

He mentioned this while conveying the challenges he encountered when he commenced his music career as an upcoming singer.

While sharing his experience on Twitter, he described people had felt he would end up as uncle who went from a rehab centre to another.

He tweeted: “I had an uncle that used to rap, didn’t happen for him, he then got hooked on drugs, from rehab to rehab till he ended up in the village.

“When I started rapping, everyone thought I would end up like that but boy did it turn out soooo different I stay proving em wrong

“They used to say “I see the spirit of uncle inside him” and it used to hurt me soooooo bad, it then built a serious fear and anxiety in me, in everything I did because I constantly thought “what if they’re right?”

Blaqbonez’s song ‘Bling’ from his album ‘Sex over love’ has gone on to trend and top music charts since its release in 2021.

He recently had a concert he called, “Breaking the yoke of love”, in Lagos and was attended by fellow artistes.

M.I cries over the condition of Nigerian Police stations